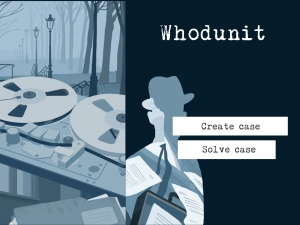 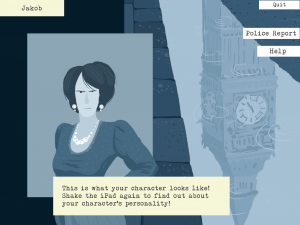 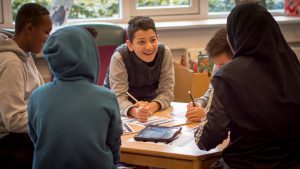 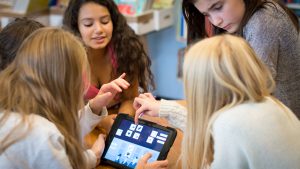 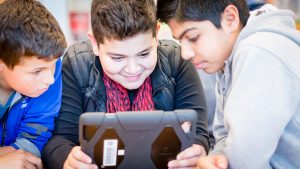 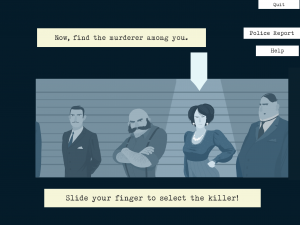 Participate in a great game while learning English. The game is an educational game and can be used to work interdisciplinary between Danish and English classes. Learn how a crime novel is structured, and use that knowledge to make your own mystery.

In the game a group of 4-5 students creates a murder mystery. Each student has his own character in the story - including the murderer. The group describes the suspect's personality, motive and alibi, and gathers it in a case file, which the second group of students then study in order to solve the murder mystery.

Whodunit guides students safely through each step of the writing process, giving clues to background stories, and ensures that all suspects could have committed the murder. The second group then gets these clues and tries to connect them to each suspect. The students will train their oral and written English in the process, and will simultaneously be introduced to the literary genre of murder mysteries.

The game is developed in cooperation with teachers from Sønderbro School in Copenhagen. The game was developed with support from the Ministry of Education and will be used as a long-term program in several schools.